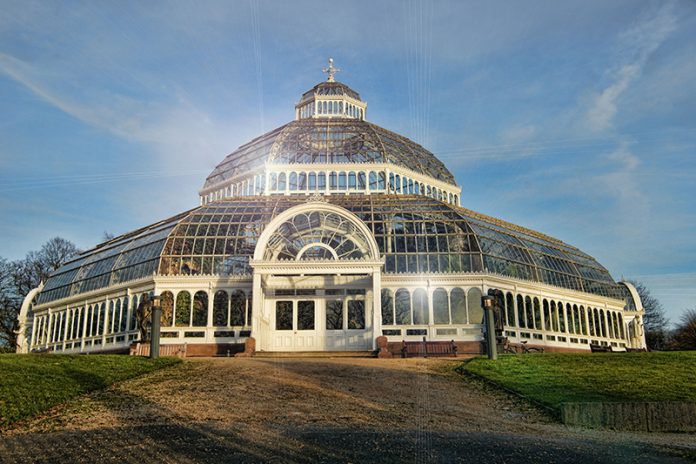 This feature is kindly sponsored by Dartswift International Ltd.
Proud of Liverpool’s heritage.

When visiting Sefton Park you cannot fail to notice the award winning Palm House rising majestically above the tree tops. This beautiful Grade II listed Victorian glasshouse was a gift from Henry Yates Thompson, who was born at Dingle Cottage in 1838, the eldest son of Samuel Thompson of Thingwall Hall. It is believed that Henry inherited the majority of the fortune left by his father and he bestowed much of this inheritance on his native City of Liverpool. Along with his £10,000 funding of the Palm House he also provided money for the construction of the conservatory in Stanley Park. first opened to the public in 1896 and was designed and built by MacKenzie and Moncur of Edinburgh. It is octagonal in shape, measuring 25m in height on a base of red granite stone imported from the Isle of Mull and has 3,710 flat planes of glass, all individually cut. Every one of the eight corners is marked by a marble and bronze statue, each depicting an historical figure created by French sculptor Chavalliaud. The interior of the Palm House contains a wonderful collection of exotic plants and flowers, including citrus plants, varieties of Bougainvilleas, Bird of Paradise and Angel’s Trumpet. There are also another three statues to gaze at; “Highland Mary” (the great love of poet Robbie Burns), “The Angel’s Whisper” and “The Goats”. Standing proudly in the grounds of the Palm House is the much-loved statue of Peter Pan, which was donated to the park in 1928 by George Audley, ‘a gentleman of Birkdale’, and unveiled in June of that year in the presence of the creator of the Peter Pan story, Sir James Barrie.

Located on the corner of London Road and Lime Street, on the site of the original ‘New Prince of Wales Theatre and Opera House’, which opened on 15th October 1866, stands the Empire Theatre. The theatre changed its name to the Royal Alexander Theatre in July 1867 and after closing in 1894, it re-opened in 1895 under the new ownership of Empire Theatre (Liverpool) but keeping the same name. In 1896 the theatre was sold to Messrs. Moss and Thornton and was given its present name of the Empire Theatre. In February 1924 the theatre was demolished and replaced by a larger theatre which opened on 9th March1925. Owned in 1977 by Moss Empires, the Empire was under threat of closure once again but in 1979 it was acquired by Merseyside County Council and over the next two years major improvements to back stage facilities and extensions to the stage and orchestra pit took place. A further refurbishment was undertaken in 1999, improving audience facilities and increasing the size of the stage and in 2002 the theatre, now owned by Clear Channel Entertainment, had a modern extension built on the site of the demolished Legs of Man public house. The Empire is a Grade II Listed building and Britain’s largest two-tier auditorium and is owned by the Ambassador Theatre Group, who took over the theatre in 2011.

Sited on Hope Street, the Philharmonic Hall is home to the Royal Philharmonic Orchestra (RPO) and was officially opened in 1939, after Herbert J. Rouse designed the art deco building we have today. The original concert hall used by the Royal Philharmonic Society, designed in 1844 by Liverpool architect John Cunningham and opened on 27th August 1849, was destroyed by fire in July 1933. The new hall was built on the site of the previous ill-fated venue and was officially opened on 19th June 1939 and the first concert, conducted by Sir Thomas Beecham, took place the very next day. An extension, designed by Liverpool architects, Brock Carmichael Associates, was added to the rear of the new hall in 1992 and in 1995 a major refurbishment of the whole hall was undertaken. The design was again created by Brock Carmichael who worked alongside Lawrence Kirkegaard Associates, an acoustic consultant company. A further renovation involving a refurbishment of the main concert hall and auditorium and the addition of a new performance space named the Music Room was finished in October 2015. The building is a Grade II Listed building.

Situated on William Brown Street, the Walker Art Gallery was commissioned in 1873 by Andrew Barclay Walker, a Scottish born brewer who lived in Gateacre and who was an Alderman of Liverpool. The building was designed by Liverpool architects Cornelius Sherlock and H.H. Vale and officially opened by the Earl of Derby, Edward Henry Stanley, on 6th September 1877 and within four years was attracting over 2,000 visitors per day. The two marble statues that greet the thousands of visitors and the rooftop replica Spirit of Liverpool, (the original had to be removed due to weather deterioration), along with the bas-relief friezes along the walls were created by John Warrington Wood, who actually was from Warrington. The figure to the left of the entrance is Raphael and on the right is Michelangelo.

The oldest of Liverpool’s Three Graces and the former home of the Mersey Docks and Harbour Board. The Grade II building, which is 80 feet high, stands on the long ago filled-in Georges Dock and was designed by Sir Arnold Thornely and F.B. Hobbs, in consultation with Briggs and Wolstenhome. Construction, which was undertaken by the Manchester based William Brown & Son, began in 1904 and the building was completed in 1907. It is designed in Edwardian Baroque style and has a concrete frame clad in Portland Stone. The building was the headquarters of the MDHB for 87 years from 1907 to 1984 and the large dome that sits atop the building has seen the POL building being compared to the likes of St. Peter’s Basilica in Rome and London’s St. Paul’s Cathedral. 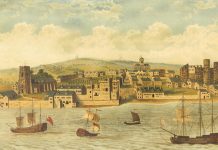 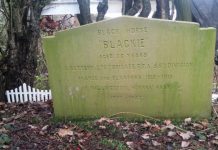